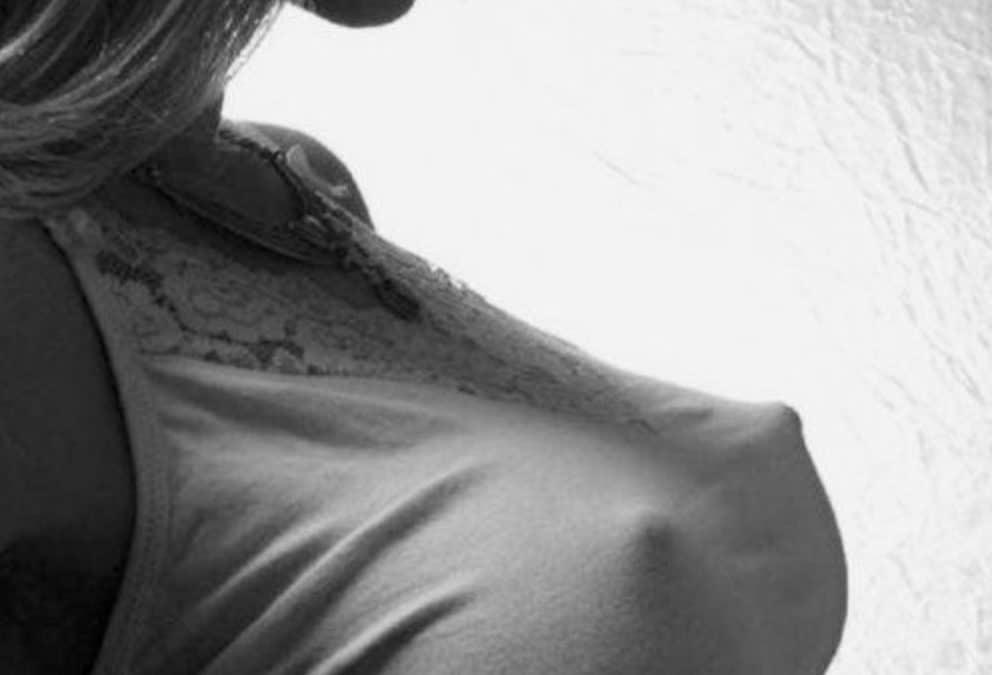 The word itself makes my own nipples stand at attention and my pussy
ache!
Play with my nipples.
Pinch them, suck them, bite them, tug on them.
Give my nipples your undivided attention.
Please!

I never truly realized how sensitive my nipples were until I was in bed
with a former lover.
He stripped me naked, tossed me onto the bed and tucked my hands
beneath my back and cupped my thirty-four C cup tits in his hands.
He rubbed his facial scruff over the round protruding dark rosy buds,
sending and electric current straight to my clitoris!
I wanted to rub it, but he threatened to stop if I did.
Ohh I didn’t want that!

I lay as still as I could as he stared at me and circled his skillful tongue
around my nipple. Flicking it and gently sucking on it, teasing the overly
sensitive bud as he’d done to my clit numerous times before.
I was mesmerized watching him, alternate using his tongue, his
teeth,his lips and scruff to taunt me.
To tease me.
He gave each of them the same amount of attention.
The sensations were like nothing that I had experienced before.
My body was responding nearly the same as it does when he is licking
my pussy and sucking on my clit.

I couldn’t believe the growing ache and throb between my legs.
I was rubbing my thighs together.
Clenching vaginal walls, wishing there was something inside of me to
grasp onto, the wetness growing, sensations intensifying.
This was almost like discovering a new sense that I never knew that I
had, an awakening as he continued to delivering the delicious torture to
my nipples.

One last flick of his tongue and pinch of my other nipple and I was in
another realm if only briefly….
It was only then that he inserted his fingers into me, flicked my clit
with his thumb and sent me over into an abyss of orgasmic bliss…
~~~Mackenzie

Sorry, no Tweets were found.